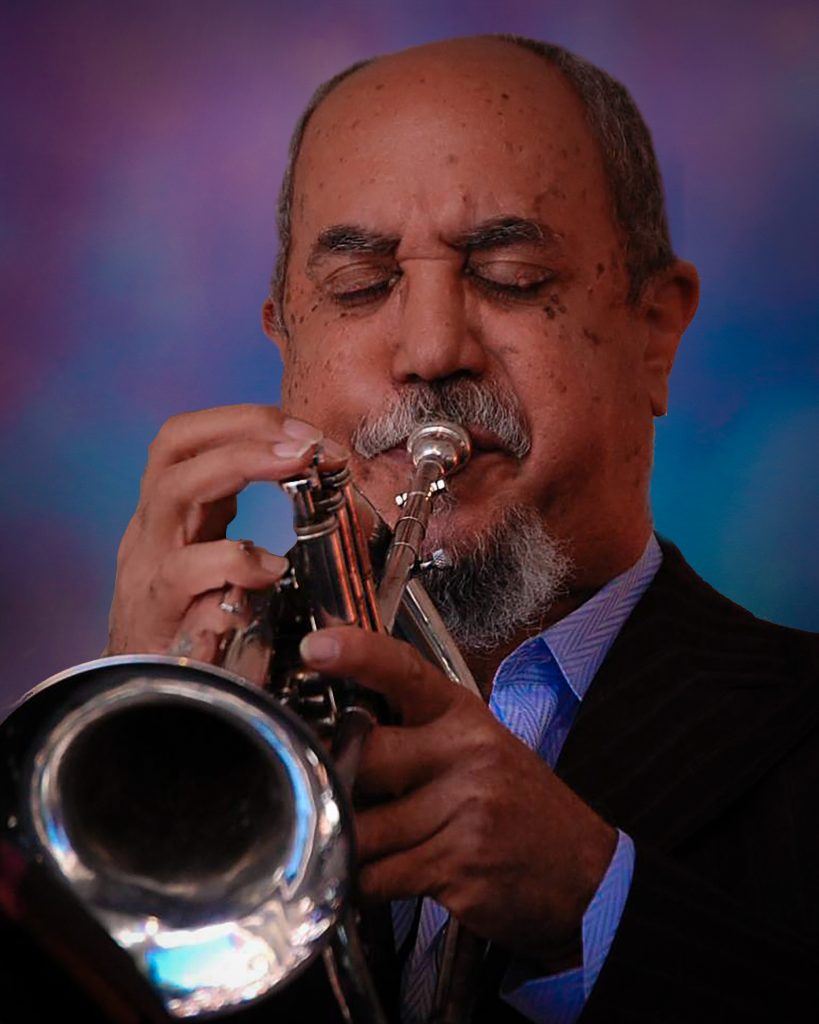 The Louis “Satchmo” Armstrong Summer Jazz Camp is delighted to announce Cecil Bridgewater as our 2017 Artist-in-Residence.

Mr. Bridgewater’s 30 plus years of experience includes roles as performer, composer, arranger, record producer and educator. He has been a member of the groups of Max Roach, Horace Silver and the Thad Jones/Mel Lewis Jazz Orchestra to name a few. He has also shared the stage and/or studio with the Count Basie Orchestra, Duke Ellington Orchestra, Dizzy Gillespie, McCoy Tyner, Jimmy Heath, Sir Roland Hanna, Wynton Marsalis and Art Blakey’s Jazz Messengers among others.

Cecil Bridgewater is a trumpeter who realizes the lineage of the trumpet and has an appreciation for its place in contemporary music, Cecil explores his artistic depth on his latest CD, Mean What You Say (March, 1998) – Brownstone Recordings. His illustrious career began with the musical training he received from his parents in Illinois where he grew up. His father, a trumpet player, inspired him to study trumpet. Also, he performed with and wrote for the high school dance band and played weekend gigs with band leader/uncle Pete Bridgewater.

After study at the University of Illinois, he went to Chicago for further study and professional performances. After a two year tour of duty with the Army, he toured with the University of Illinois Jazz Band in Eastern Europe and Russia. They made the rounds at the Newport Jazz Festival and several prestigious collegiate jazz festivals, most notably the Notre Dame Collegiate Jazz Festival, where Cecil was the recipient of the Best Trumpet, Best Overall Musician, Best Small Group, and Best Big Band awards.

Cecil moved to New York in 1970, where he established himself as an international artist. His recognition increased exponentially after joining the Horace Silver Quintet and the Thad Jones/Mel Lewis Orchestra. As a soloist, writer, arranger and musical consultant, he has collaborated with such musical luminaries as Max Roach. Cecil’s compositions and arrangements have been recorded and performed by Lena Horne, Vanessa Rubin, the Uptown String Quartet, and Dee Dee Bridgewater, (he contributed 9 of arrangements on her most recent CD, “This Is New” the compositions of Kurt Weill and (three of his arrangements are included on her Grammy Award winning CD, “Dear Ella”), among others. He has received commissions from the Cleveland Chamber Symphony, that produced “New Dawn”, the Atlanta Arts Festival, University of Illinois, Jazzmobile, and Meet the Composers that produced the “’Cannonball’ Adderley Suite” that had its premiere in February 1994 in Los Angeles and again in March 1996 in Washington, D.C. Cecil Bridgewater co-produced with Vanessa Rubin, her RCA/Novus CD, a tribute to Carmen McRae, entitled, “I’m Glad There Is You;” Antonio Hart’s RCA/Novus CD, entitled, “It’s All Good;” three CD’s on Muse Records for Michael Carvin, “First Time”, “Between Me And You” and “Revelation” and two CD’s by the Uptown String Quartet, “Max Roach Presents The Uptown String Quartet” on Polygram and “Just Wait A Minute” on Mesa/Bluemoon Records. In addition Cecil has produced his last two CD’s, “I Love Your Smile” on Mesa/Bluemoon Records and “Mean What You Say” on the Brownstone Record Label.

An Interview with Cecil Bridgewater: