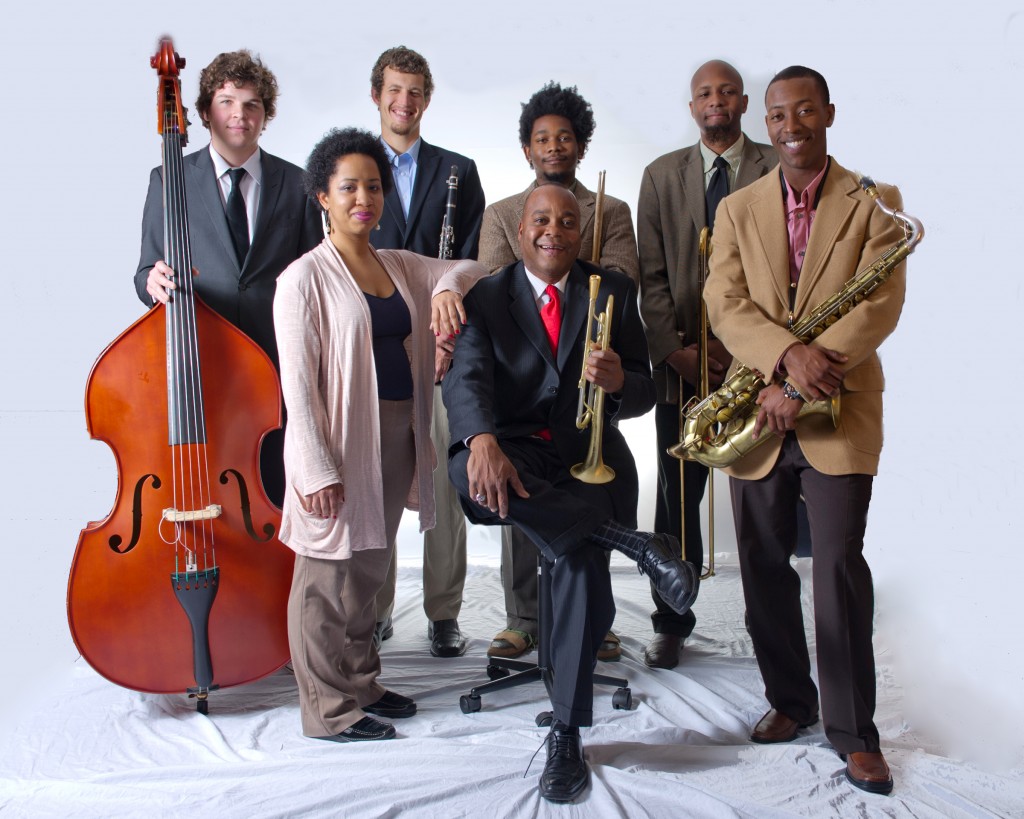 The Wonderful World of Louis Armstrong All-Stars Band is led by trumpeter extraordinaire, James Andrews, includes some of New Orleans’ most prolific young artists. Collectively and individually, these musicians represent the future of the New Orleans jazz legacy.

Jazz was born sometime around 1895 in New Orleans. It combined elements of ragtime, marching band music, and blues. What differentiated jazz from these earlier styles was the widespread use of improvisation. Joe “King” Oliver, a very well -known New Orleans trumpeter discovered a young virtuoso cornet player named Louis Armstrong. Armstrong worked with all of the popular New Orleans jazz artists. When Oliver migrated to Chicago, he invited Armstrong to join his band.

In 1924, while in Chicago, Armstrong married pianist Lillian (Lil) Hardin, the most prominent woman in jazz at the time. Hardin and Armstrong formed the Hot Five and Hot Seven bands which were some of the genre’s most influential and seminal groups. Moving on to New York where Armstrong resided until his death, Louis became the greatest of all jazz musicians and eventually one of the biggest stars in the world. The impact of Louis Armstrong altered the course of both popular and classical music.

Four members of this band – Gregory Agid, Courtney Bryan, Joseph Dyson and Calvin Johnson met while students at the highly respected and prestigious Louis “Satchmo” Armstrong Summer Jazz Camp in New Orleans. They continue to perform together from time to time and have shared the band stand at the New Orleans Jazz and Heritage Festival, Satchmo Summerfest, the United States Conference of Mayors, the NBC “Today Show”, the United States Congressional Black Caucus, and the Jazz Education Network conference, in addition to enjoying successful professional careers as band leaders and highly respected accompanists in their own right.

Struttin With Some Barbecue