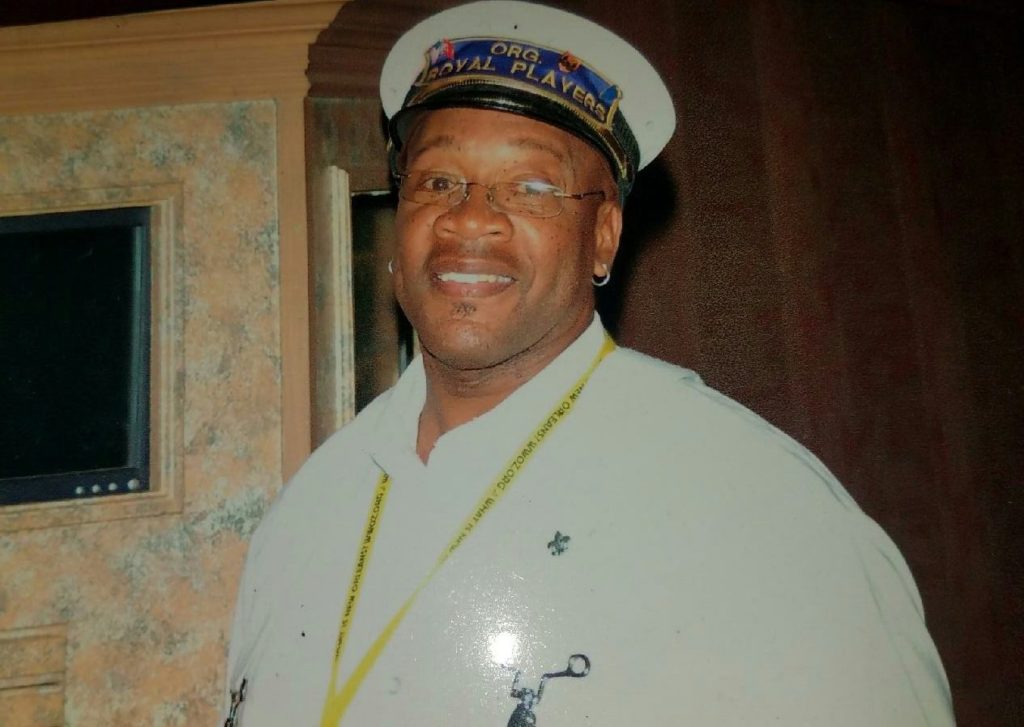 The Original Royal Players Brass Band was born out of a dream of its leader, bass drummer Anthony Bennett.  Anthony grew up in Treme’, one of New Orleans’ most culturally rich neighborhoods that was the epicenter of Creole culture, jazz, brass band music and Sunday afternoon Social Aid & Pleasure Club parades commonly known as “Second Lines”.  The band was formed in an effort to preserve the traditions of the New Orleans Brass Band idiom that he knew as a child.

Having played bass drum at the age of 8 in the New Orleans Police Department Youth Band, Anthony also played the clarinet in his junior high school band.

After attending college at Tulane University, Bennett left New Orleans but returned to renew his life long love for brass band music performance.  He joined a number of local musicians to create the nationally acclaimed Original Dirty Dozen Brass Band, and served as Grand Marshall to others including the Treme’ Brass Band one of the city’s oldest and most established musical institutions.

Bennett also provides contracting services for his band and other bands throughout the city.  His most notable client was Harrah’s Casino which prompted him to form another group – the Original Royal Brass Band that served as the house band at the casino for 4 years.

Bennett has one CD to his credit and continues to perform with a myriad of New Orleans groups all over the world.  He conducts workshops and master classes at local and national universities, has appeared in two TV series – HBO’s “Treme” and CBS’s “The Young and the Restless.”  He has appeared in two movies — “King Bolden” and “Bending the Rules”.