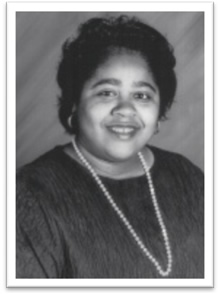 Born August 29, 1960, Kim graduated from the University of New Orleans with a Bachelor of Arts degree in Communication.  She was an innovator, a leader, and an artistic force. For it was Kim who convinced the City of New Orleans to create its first office of Film and Video.  She was a writer, poet, administrator, student and lover of music and film.  She worked for two New Orleans mayors – Sidney Barthelemy and Marc H. Morial.

Her work brought jobs and boosted the tourism industry by showcasing New Orleans to the worldwide audience of music lovers.  Kimberly facilitated the filming of Dead Man Walking, The Pelican Brief, Kingfish, Blaze, Interview with a Vampire, TNT’s The Big Easy, MTV’s Real World TV series and many other feature films, commercials and music videos.

Kim was responsible for many inaugural initiatives.  She co-produced the first national marketing campaign of New Orleans to the film world, the first New Year’s Eve Celebration to be covered by major television and cable networks and the first to generate millions of dollars of economic impact to the city’s economy from film and video.

Kim gave Jazz Camp its name in 1995 and acquired a showcase for Jazz Camp students on the NBC Today Show.  She did nothing small nor would she ever not go to the highest limits of achievement.  She was a renaissance woman. In recognition of her work in the arts, she was named a Sweet-Art by the Contemporary Arts Center and a role model by the YWCA.

Jazz Camp’s tribute to Kimberly is a composition written by our artistic director, Kidd Jordan entitled “For Kim” which is performed each year by our young budding musicians. To know Kim was to love her.  She brightened the lives of those she touched during her brief 43 years.

The world was a better place while Kim was here.