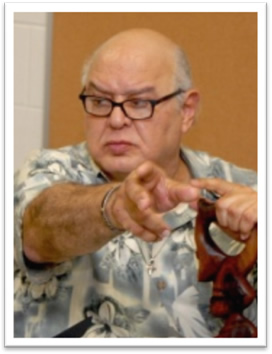 Kerr instructed middle school, high school, and college students in the uniqueness of New Orleans music. His 16 years teaching at the New Orleans Center for Creative Arts (NOCCA) were the most notable. Students he has taught include Nicholas Payton, Terence Blanchard, Irvin Mayfield, Christian Scott, and Wynton and Branford Marsalis, all of which whom are esteemed musicians today. Troy “Trombone Shorty” Andrews and Christian Scott, LSASJC alumni, have recently been counted among his hundreds of students. After Hurricane Katrina he retired but not from the Jazz Camp family where gave of himself generously up to the two weeks prior to his death.

Growing up, Kerr’s father gave him a trumpet that he didn’t care much about playing. It took him eight years to develop a passion that would influence his life as well as others. In 2009, Kerr released his first and only CD of original compositions, This Is Now! , words he spoke repeatedly throughout his years of teaching music. He assembled a group that included Kidd Jordan, Brian Quezergue, Sullivan Fortner, David Mooney, Jonathan Bloom, Herman LeBeaud and Herlin Riley and created a joyful, spirit-filled collection that celebrates the city’s recovery.